Hailing from Maryland, Noah Auby (he/him) is a music journalist and producer majoring in Politics at Oberlin College. He currently works for the Office of Residential Education. Noah has hosted a weekly experimental music program on the college’s local radio station. Speaking of radio, Noah premiered some of his own music on Copenhagen’s Merchant Radio while studying abroad there during the summer of 2021. He looks forward to the opportunity to DJ at the ‘Sco for his final semester. Noah has contributed to the Review – the official newspaper of the Oberlin college and community. He transcribed a 2018 interview with the former president of the Oberlin College Men’s Rugby Team which he plays for and has also interviewed Reginald Goddeau for his student performance as R.E.G. at 2021’s fall Solarity Event.

Nina Auslander-Padgham (she/her) is a fourth year Politics major with a minor in Rhetoric and Composition and a concentration in Journalism. On campus, she works as a student fundraising supervisor in the Office of Development, and as an associate in the writing and speaking center. She also assists Professor Jan Cooper with the journalism concentration. Nina’s journey with music journalism began when she took the intro course in Fall 2021, where she spent countless hours deciphering her handwritten notes and attempting to write a clever lede. She’s excited to cover more contemporary artists in the spring, such as Haley Heynderickx and Big Thief. Nina is from Lyons, Colorado, where she enjoys hiking and walking her dog, Ponyo. Outside of school, Nina loves baking, exploring Northeast Ohio, and going to Slow Train to satisfy her crippling caffeine addiction.

Zach Bayfield (he/him/his) is a fourth-year Philosophy Major with an Economics Minor and Journalism Concentration. Growing up in Toronto, Canada, Zach has been fascinated with music from a young age. According to his parents, he first fell in love with the art form as a three-year-old, when he enthusiastically danced to Andre 3000’s hit single “Hey Ya!” Years later, Zach expanded his own musical abilities, playing piano during elementary school and orchestral tuba in high school. In terms of music taste, Zach’s favorite genre has always been rap. He also enjoys R&B, alternative, and jazz along with an eclectic mix of additional genres. Though he has not previously delved into music journalism, Zach is a staff writer and opinions columnist for the Oberlin Review. He has also written for FreshWater Cleveland, a publication dedicated to covering current events in the area. Along with his journalistic endeavors, Zach is a left-handed pitcher for the Oberlin College baseball team. During his spare time, he enjoys reading, cooking, playing video games, and hanging out with friends. Zach is excited to contribute to the unique and innovative content ObieMuse has to offer.

Sarah Krohn (she/her) is a creative octopus. At 20 years old, she intertwines her love for lyricism, videography, and music production. Her inspiration for self-expression draws from everyone she admires, including the band Pinegrove. Her passion for self-analysis has thrown her into the path of studying Psychology at Oberlin College. Krohn’s love for writing first developed through crafting song lyrics, which has evolved into enjoying any writing that does not involve citing academic sources. Though new to music journalism, Krohn has begrudgingly written PR pieces to promote her music. For the amount of introspection she does, she still finds it difficult to put into words the meanings of her own songs. This aphasiac feeling has made it easier for Krohn to represent concepts in visual form by directing and starring in her own music videos. But when eyes deceive, she turns to music production, exploring a sonic world through which to experience life. 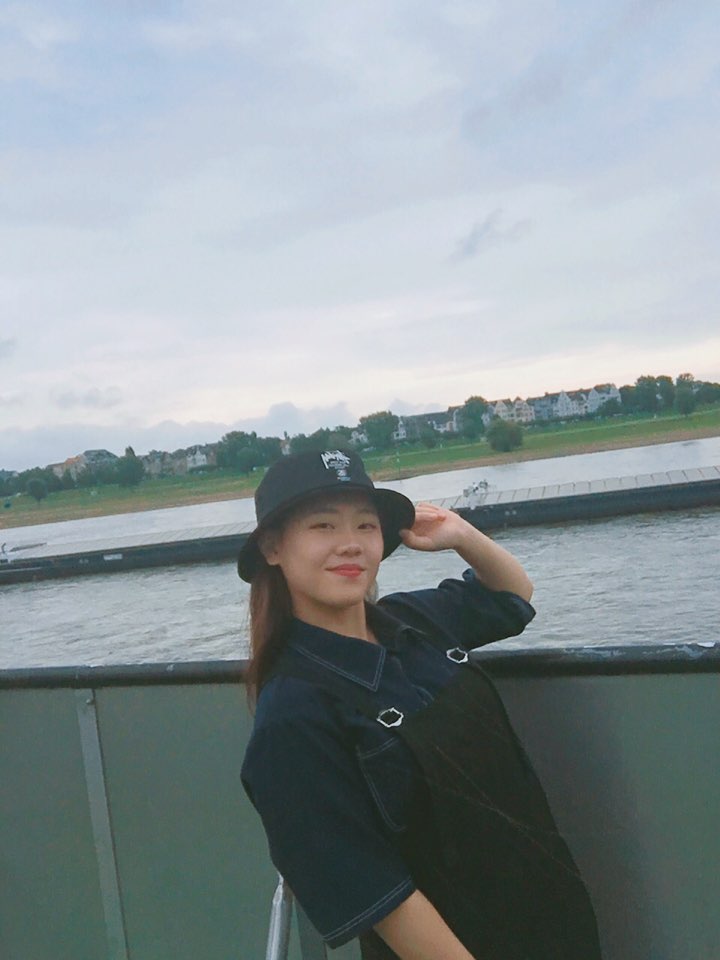 Suji Park (she/her) is a second-year at Oberlin Conservatory student from South Korea. She works as a Resident Assistance in the Office of Residential Education on campus. She is majoring in piano performance with the concentration course in Arts Administration and Leadership Integrative. In addition to classical music, she also listens to many styles of music: k-pop, mainstream pop, hip-hop, and musical theater. She loves to dance hip hop and urban dance with other people. She has concertized in Russia, Bulgaria, Germany, England, and Japan. She has been playing the piano for over ten years, and since she was young, she has been interested in diversity in music. Even though she likes to perform, she is also interested in the music industry. So, she hopes that she can take the role in the arts management place such as a symphony or theater in the future.

Raghav Raj (he/they) is a first-year Cinema Studies major in the Journalism concentration at Oberlin College. Born and raised in Cincinnati, Ohio, he began writing for his school newspaper, The Mason High School Chronicle, along with blogs like Vinyl Writers, Buffed Film Buffs, and Mini Music Critic, where he served as managing editor until the site’s indefinite hiatus in early 2021. Along with this, Raghav has also written for The Oberlin Review, and currently serves as staff writer for Oberlin’s alternative magazine, The Grape. When they’re not writing, they’re usually watching a movie on their DVD player, lifeguarding at their local pool, running WOBC’s hip-hop workgroup, or plugging in their earbuds for a hiking trip or bike ride. A brief list of Raghav’s favorite musicians includes Bill Callahan, Miles Davis, Gal Costa, MIKE, John Fahey, and Sade.

Daniel Hathaway founded ClevelandClassical.com in September, 2008, after a thirty-one year tenure as music director of Cleveland’s Trinity Cathedral, where he founded the Wednesday Noon Brownbag Concert Series and Trinity Chamber Orchestra. A graduate of Harvard College and the Episcopal Divinity School, he also studied historical musicology at Princeton and Harvard Universities. Before coming to Cleveland in 1977, he served as head of humanities at the Sunset Hill School in Kansas City and as head of arts at Groton School in Massachusetts. In Cleveland, he has served on the music staff of Cleveland Opera, Great Lakes Theater Festival, and the faculty of Laurel School. As an organist, Hathaway has played recitals in the U.S., England, France, Germany, and Austria. He team-teaches Music Journalism at Oberlin College and Conservatory and is a member of the Music Critics Association of North America.

Mike Telin is the Executive Editor of ClevelandClassical.com, a weekly online publication covering classical music in Northeast Ohio. In addition he also team-teaches two courses in Music Journalism at the Oberlin College & Conservatory. He is an active member of the Music Critics Association of North America and has contributed articles to Early Music America, Classical Voice North America, Symphony Magazine, and CAN Journal.

Telin received his musical training at the Oberlin Conservatory of Music and made his living as a bassoonist for more than a decade. From 1990 through 2004, he served as executive director of Music & Performing Arts at Trinity Cathedral, Inc. in Cleveland, Ohio. He also designed and executed a number of major projects including an Artist-in-Residence Community Development Initiative in Cleveland’s Central neighborhood; an International Opera Project in cooperation with the Ohio Arts Council, Oberlin Conservatory and the Instituto of the Teatro Colon in Buenos Aires; and helped obtain a $1 million U.S. Department of Health and Human Services grant to incorporate the arts into an HIV and STD prevention program for At Risk Youth in Cleveland.

Telin has co-taught a Public Interest Research course with Dr. Mark Mattern in the Political Science Department at Baldwin Wallace University in Berea, Ohio, and co-authored a number of papers with Mattern that focused on the intersection of art and community in Cleveland’s Central neighborhood for presentation at the Midwest Political Science; American Political Science; Urban Affairs Association and Social Theory; and Politics and the Arts conferences in Boston, Chicago and Columbus (Ohio).