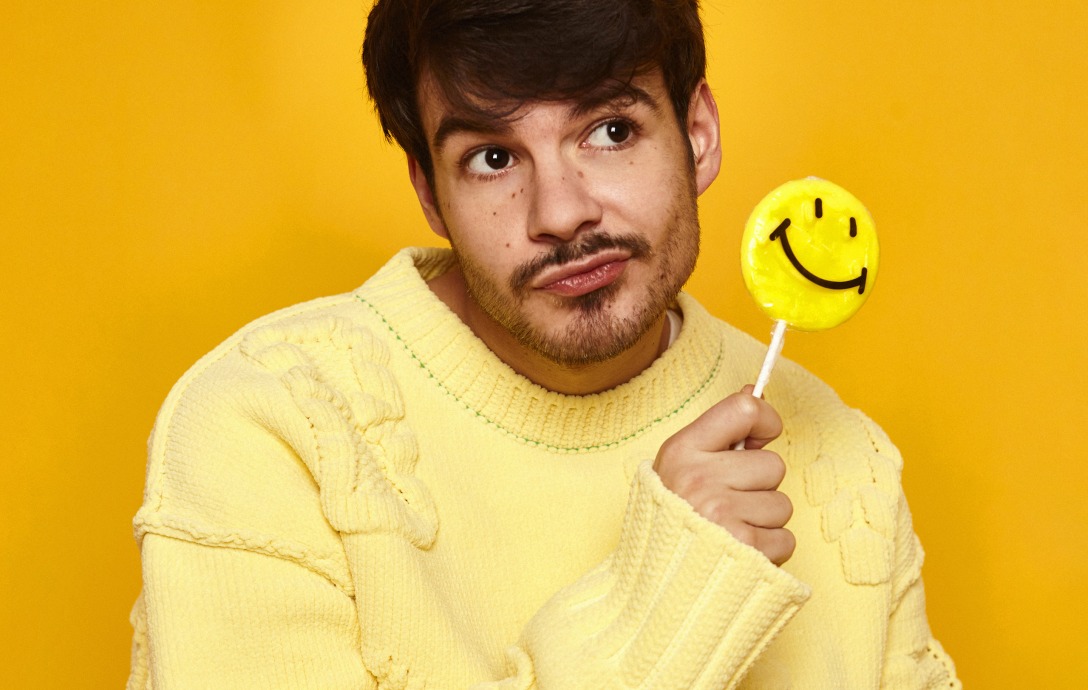 Seemingly encumbered by isolating times and spaces in our lives, we are often inclined to ask ourselves with a less than satisfying answer in mind: “who cares?” Leaning into the orchestral elements that have accompanied his signature R&B palette in the past, Rex Orange County’s WHO CARES? is an 11-track critical inquiry into himself and his audience that latches onto a deeply affecting formula — one that is not a progression but a resolute commitment to what fans have come to love and expect from the British native.

Back when many were first exposed to his nasal yet luscious singing voice on Tyler, The Creator’s Grammy-nominated 2017 album Flower Boy, Rex Orange  County had been an uncredited guest feature and was thereby mistaken for another of Tyler’s musical peers: Frank Ocean. Five years later, on WHO CARES?, Rex has followed in the footsteps of such renowned modern concept album crafters as Tyler and found a coherent way to ask all of the right rhetorical questions.

WHO CARES? kicks off with the inspirational “KEEP IT UP” — a lyrical, sonic preamble of sorts. That includes verses made up of declarative statements that allow Rex to express his self-pity and how it’s most likely derived from his own lack of self-respect. The overture’s chorus is then comprised of imperative statements meant to extend, from Rex to his fans who may or may not hold themselves in the highest of esteem, the need to appreciate oneself. Statements like “You’re only holding out for what you want / You no longer owe the strangers” serve as reminders of what listeners should ultimately be taking away in spite of the mental and emotional hardship to come.

The first instance of Rex asking rhetorical questions is during the second track and proper introduction “OPEN A WINDOW” in which he asks, “Can I open a window? / Can somebody open the door?” Essentially, Rex is thinking about whether he is able to grant himself the internal feeling of happiness via some sense of freedom or if he would have to depend on external intervention to achieve this change. These questions are reminiscent of the previous track’s emphasis on self-esteem and introduce his anxieties over lacking self-efficacy. Of course, “no” is the answer to both of these questions since he feels obligated to ask them in the first place. How Rex responds? “F**k this.” This feeling of despair which, in theory, should be overwhelming is beautifully dampened and juxtaposed by Rex’s comparatively indifferent tone as well as the summery orchestral strings.

Another example of rhetorical questioning as a theme is on “7AM” where Rex poses himself a couple of pertinent hypotheticals, “What if I’m hopeless and dependent?… What if I’m not cut out for this and I keep wanting to call it quits?” Similar to “OPEN A WINDOW,” he doubts his self-efficacy and thinks his life has no purpose if the answer remains what he believes to be true (“yes”). The ongoing anguish present in Rex’s mind is, once again, starkly contrasted with relatively joyful-sounding instrumentation — strings and now some piano. His voice, on the other hand, is more emotionally involved than apathetic, counterintuitively speaking toward the notion that deep down, Rex possesses little desire to give up. To put things differently, the forlorn answer to his rhetorical question motivates him like no other person, place, or thing can.

Rex quite neatly bookends this recurring introspective scrutiny extrapolated to fans on the title track when he asks himself, “Why can’t I just [be free of doubt] again?” before asking his audience, “So you wanna be happy too? / What are you supposed to do?” Here Rex seems to have finally opened his mind up to a possibility of self-acceptance and happiness by making this change akin to simply flipping the light switch — a task perhaps less challenging than opening a window. And instead of there being a contrast in tone between the lyrics and instrumental (as was the case prior), they nicely complement one another here.

Residing in the middle of the album’s tracklist with its overt synthpop direction, “IF YOU WANT IT” sticks out like a sore thumb. Although it does carry on the orchestral theme from the previous tracks, it sounds far more digital and less analogue in comparison — something that can only be said for this song. This callback to synthpop tracks from his previous efforts leads the listener astray, albeit temporarily, from the otherwise persistent timbral recipe that makes WHO CARES? so memorably coherent and impactful.

By asking all of the right rhetorical questions with a quasi-ubiquitous orchestral R&B theme, WHO CARES? is ridiculously close to separating Rex from his bedroom indie-pop scene contemporaries. As long as he continues to find different ways to place his synthpop and orchestral flavors within his more established repertoire in an effort to mold it all into a unique sound that fits a consistent lyrical theme, it will be fascinating to see what the next decade ahead of Rex’s artistic trajectory brings. For now, in response to a question presumably on everyone’s minds: “who cares?” the answer should be obvious — anyone with at least half a brain or heart.

View all posts by Noah Auby